When we want to choose a car for us, the first brand comes to our mind is Mercedez-Benz. Why? Because they are so fashionable and so practical, yet gorgeous. To have a mercedez-Benz car is a dream for everywoman. But when we talk about the brand, we must do not know many things about it. So today I am gonna tell you 20 facts that you may or may not have known about Mercedes-Benz.

1.Mercedes-Benz Is a Marque

Currently, Mercedes-Benz is a marque. For those who are unfamiliar with that particular term, a marque is more-or-less a brand. However, it tends to have more upscale connotations, meaning that it sees use in the context of cars and other expensive purchases rather than, say, household products.

Once upon a time, Mercedes-Benz belonged to Daimler-Benz AG, which was a German car manufacturer that came into existence in 1926. Like its name suggests, Daimler-Benz AG was a team-up between two preexisting German companies, thus resulting in its eventual name. However, while Karl Benz of Benz & Cie was involved in Daimler-Benz AG until he died in 1929, the same could not be said of the two founders of Daimler-Motoren-Gesellschaft because one had died and one had departed before the team-up.

Now, Mercedes-Benz belongs to Daimler AG, which is the result of DaimlerChrysler AG selling Chrysler in 2007. By sales numbers, Daimler AG is something like the 13th biggest car manufacturer that can be found in the entire world, which is no mean achievement.

Given that Benz & Cie and Daimler-Motoren-Gesellschaft came together in 1926, it should come as no surprise to learn that the Mercedes-Benz brand was created at that time. After all, the brand name combined elements from both sides of the merger, thus making it the perfect choice to represent the new corporation that emerged from the process.

6.Named For a Girl

Mercedes is a name for women that saw and still sees a fair amount of use in both Spain and other Spanish-speaking countries. For those who are curious, it is believed to have come into existence as a contraction of Maria de las Mercedes, which was a Spanish title for the Virgin Mary that meant Mary of the Mercies.

7.Named For the First Production Automobile

As for the Benz & Cie side of things, some people connect Mercedes-Benz with the Benz Patent-Motorwagen, which is exactly what it sounds like in the sense that it means the Benz patent motorcar. In short, this particular car has sometimes been claimed as the first production automobile, meaning something that was purposefully made to be moved by an internal combustion engine.

From the 1930s to the 1940s, Mercedes-Benz might have been best-known for the Mercedes-Benz 770, which was a rather luxurious car that saw a fair amount of use as state vehicles.

Later, Mercedes-Benz started producing the Mercedes-Benz 260 D from 1936 to 1940. This particular car is notable because it was one of the first vehicles to make use of a diesel engine, meaning an internal combustion engine that ignites its fuel via the compression of nothing but air.

Another excellent example of Mercedes-Benz’s contributions to car safety would be the Pre-Safe system. In short, said system was a collision avoidance system, which was something of a novelty at the time of its introduction in 2002.

12.The Numbers Refer to Displacement

By this point, it should be clear that the numbers and letters in the names of Mercedes-Benz cars provide a fair amount of information to interested individuals who can figure out what they mean.

Of course, the letters provide plenty of information as well. For example, a C means that the car has either a coupe body or a cabriolet body, much as how G once referred to a particular kind of off-road vehicle but has since been re-purposed to refer to SUVs.

Currently, there is a huge interest in robot cars because of a wide range of potential benefits, which is why there are a lot of institutions that have become involved in one way or another.

16.The Symbol Has More Meaning Than It Seems

The three-pointed star of the Mercedes-Benz brand is one of the most famous corporate symbols in the entire world, which is the result of decades and decades of successful business.

Perhaps unsurprisingly, Mercedes-Benz has its headquarters in the city of Stuttgart, which has the honor of being the biggest of the cities that can be found in Baden-Wurttemberg. Even now, Stuttgart has the distinction of being called the Cradle of the Automobile, which is because it is where the automobile was invented.

18.Has a Mixed Environmental Record

19.Involved in Formula One In an Indirect Manner

Considering how Mercedes-Benz started up, its involvement with racing is obvious. After all, there were a lot of car manufacturers that used the races as a way of promoting their products to interested individuals, with Mercedes-Benz being no exception to that rule.

Some of Mercedes-Benz’s contributions to cars and other consumer vehicles have already been mentioned. However, it is important to note that it has continued contributing in various ways since its early days. 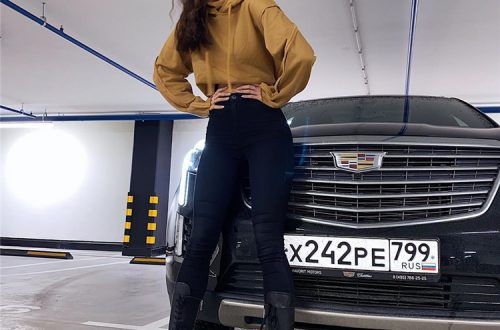 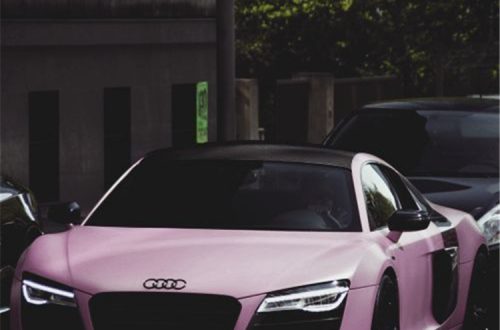 40 Luxury And Stunning Car For Women You Dream To Have