Call your favorite manicurist and round up your whole entire squad, because it’s time to get the nails did RIGHT. From ombre fades and cool graphics to the 1990s French tips that are making a comeback, we’ve got every single nail trend on your feed right here in one place. Pro tip: you might want to start saving these nail designs for later, because there are waaaay too many ideas to choose from.

Bella hit up New York Fashion Week rocking the coolest 3D nail art! The combo of navy and emerald colors make the mani super unique. The glam design is made even better by her killer ring game!

Making a rare departure from her hypebae aesthetic, Ariana is rocking spring’s hottest western-inspired mani trend: cow print. If you look closely, she’s got little black spots all over her pure white nails.

Kylie is as Kylie does, so if she posts a pic on Instagram of pink and blue talons, does that mean that she’s pregnant and teasing the assigned-at-birth gender of her baby?

Alexa, play “NASA” by Ariana Grande, because Kylie has got some space. For Coachella weekend, she switched up her mani game and went for neon spangled talons.

The 1990s revival has come full circle: toe rings and tie dye are back, once again. Kylie donned both retro trends at once (plus, an ankle bracelet) while showing off her technicolor claws for the gram.

Kylie had her famous coffin nails transformed into teeny tiny Lip Kits. Each nail got the Kylie Cosmetics signature drip and it’s a whole look. I strive to be half as extra as these nails. 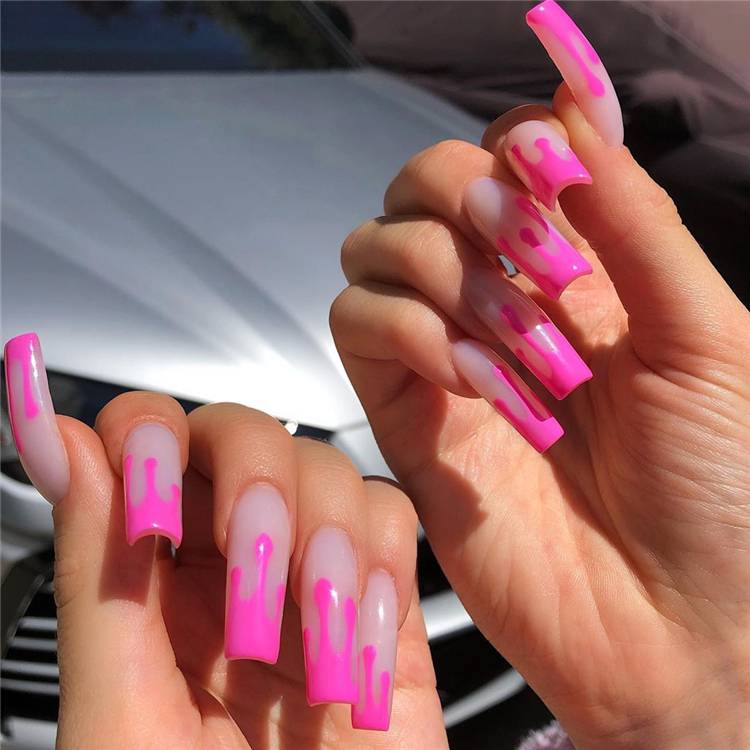 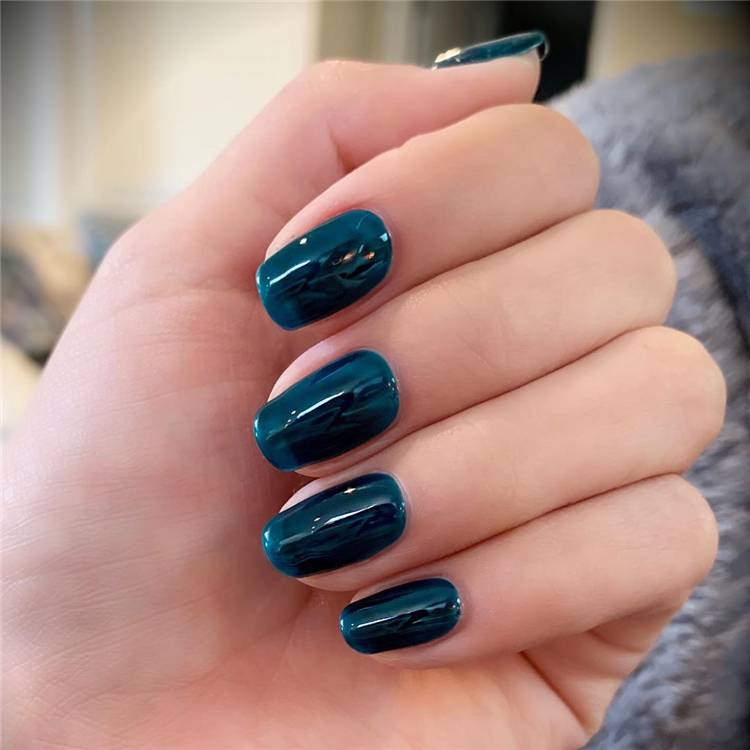 Vanessa Hudgens spends 11 months out of the year just waiting for October to hit, so of course, before September even ended, she was prepped and ready. In her first post of the spooky season, V shared a set of matte, ombre spider web claws. Honestly, these nails could be a costume all by themselves.

At this point the words “pink drink” are basically synonymous with beauty vlogger James Charles. He drinks the viral Starbucks beverage every single morning and now even has nails to match. This is a level of dedication that must be respected.

When you’ve got that much canvas to work with, you’ve gotta go next-level with your nail game. Kylie covered her nails in Takashi Murakami’s iconic smileys for a groovy look.

Nikkie’s nails are always just as cool as her makeup, with lavender glitter and a cool abstract design.

The PLL star showed off her unique junk food-inspired nail art on Instagram. These nails are definitely worth drooling over.

Calling all mermaids! This sequin-covered mani looks channels the metallic glint of a fish’s scales. So glam.

I’m all about that bass, but girl, let’s talk about this nail color! Meghan stunted with glitter-tipped rose gold nails.

Nina rocked a simplistic abstract nail that’s actually super easy to recreate. Just make a single stripe of different neutral shades across the tip of your nails, then cover with a clear coat.

If Riri were a nail color, this badass neon red would be her ~soul shade~.

To promote her single “Chained to the Rhythm,” Katy left disco balls all over the world for fans to find. She asked her followers to track them down with this cute black and white mani.

This electric shade of orange is currently the hottest color of the summer – according to the Kardashian/Jenner family. Kim, Khloe, Kourtney, and Kylie have all been spotted wearing this hue, but Kendall chose a more subtle take with a simple coat of orange on her nails. Looks like I need to go polish shopping!

Since we were all distracted by Kylie Jenner outfit repeating at the 2018 VMAs, you probably missed her epic mani. She rocked an icy white coffin nail with a pearly iridescent coat – oh, and a fistful of diamonds, nbd.

Quick! Call your nail salon and see if they can fit you in before midnight, because this futuristic paint job is perfect for 2019. Every other NYE mani is so 2000 and late.

The queen of coffin nails celebrated Valentine’s Day by bringing back the matte nail trend. She rocked a toned-down shade of blood red and shared a pic on Snapchat. 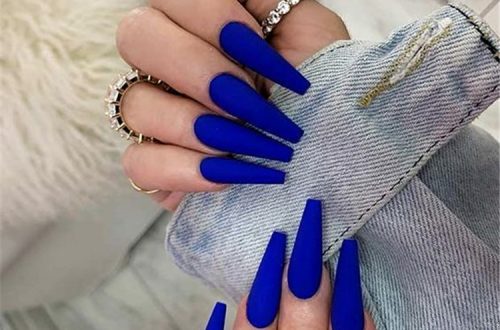 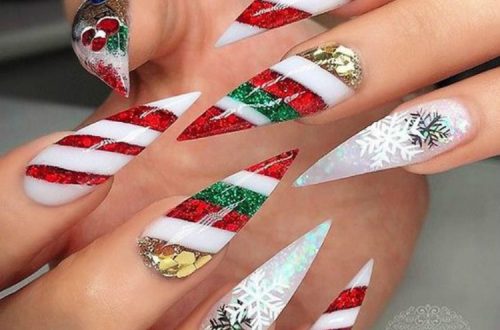 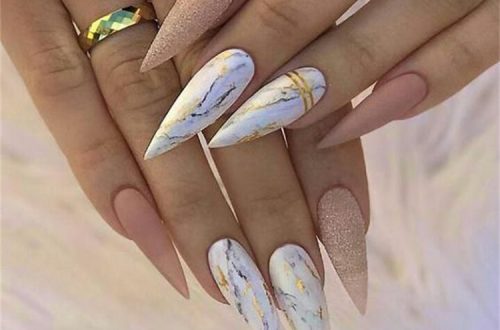 30 Gorgeous And Elegant Marble Nail Designs To Make You Glam